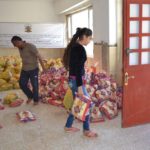 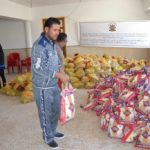 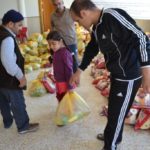 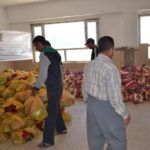 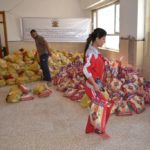 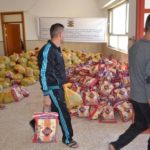 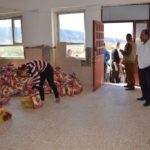 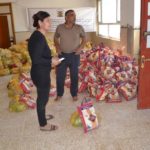 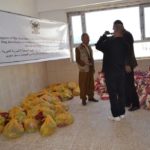 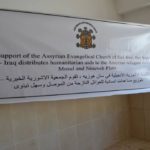 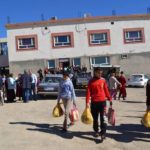 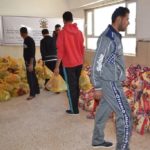 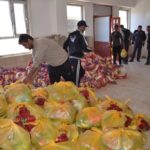 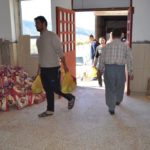 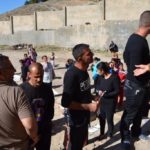 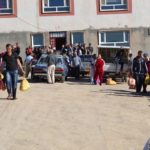 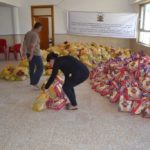 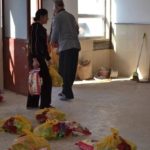 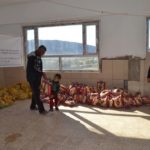 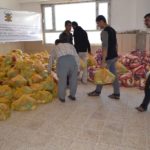 Nuhadra, 8 November 2014 – Internally displaced families received food baskets that included a staple of rice, vegetable oil, meat, milk, bulgur and other nutritional items on November 8, 2014. This aid operation of the Assyrian Aid Society of Iraq (AAS-I) and its sister organization Assyrian Aid Society of America (AAS-A) reached 450 vulnerable families who have recently fled Mosul and are now living in the village of Mangesh, district of Nuhadra (Dohuk).

The Assyrian Aid Society of Iraq was one of the first organizations in northern Iraq that helped internally displaced persons (IDPs) in the midst of Iraq’s worsening humanitarian crisis. The AAS-I has received many requests to help the IDPs in Mangesh whom are living in tents and preparing for rough winter conditions. With the support from the Assyrian Evangelical Church of San Jose, the AAS-I will be able to provide support for these families. “Our congregation and community are blessed to have been a part of this effort. We appreciate the efforts of the Assyrian Aid Society that manages these humanitarian projects. May the Lord strengthen our faith and zeal to do more,” said Vladimir Moghaddasi, Aid-Needy Committee member at the Assyrian Evangelical Church of San Jose.

“This year’s growth in internal displacement has led to many wonderful joint efforts amongst organizations in the Diaspora. We have an opportunity to help end suffering even while the situation remains unstable in Iraq. We want to thank the Assyrian Evangelical Church of San Jose for supporting such efforts and for being an advocate of our projects for so many years,” said Ashur Yoseph, AAS-A President.

The escalating crisis in Iraq has resulted in some 600,000 internally displaced civilians in northern Iraq. An estimated 24,000 Assyrian families have been displaced, most of which are residing in northern Iraq. The Assyrian Aid Society of Iraq continues to work with humanitarian partners in the region to deliver aid and provide relief for these displaced people.